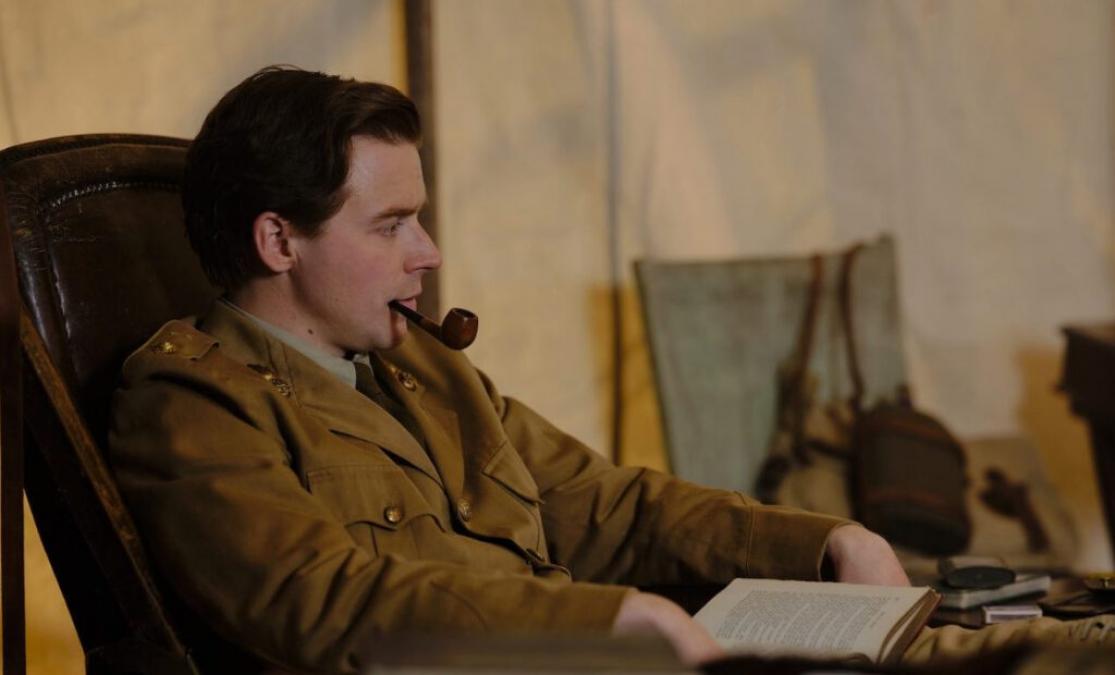 Only great filmmakers are capable of reinterpreting the ontology of cinema on their own terms; but very few of them reinvent its language from its specific nature for very personal objectives. Since his revelatory trilogy that began in 1976 with Children and ended in 1983 with Death and Transfiguration, Terence Davies has understood how to externalize his profound sorrows within the therapeutic properties of cinema, then in his monumental 1988 masterpiece Distant Voices, Still Lives manifested his catharsis in an audiovisual grammar that stipulated his art as a sublimation of his perpetual anxieties, and finally in 1992 he left more than confirmed with the sensitive and formidable The Long Day Closes, that filmmaking for this British director is more a necessity that brings to his life greater tolerance and empathy towards himself, a perennial self-discovery that leads him to better grasp the puzzles of life, and the injustices within it. Let’s say that the seventh art fills that void that disturbs him so much, calms his demons and tames his inner torment.

Having concluded his period of meditative self-reflection through symbolic autobiographies, Davies found in the translation of literature into film new forms of spiritual self-understanding, veritable emotional articulations that elevate his status from that of a major auteur to that of a master film novelist. It has been many years since his first short film was released, but it seems, almost prophetically, that Benediction is the film he has always had in mind since he adopted the concept of cinema as a remedy to his woes.

Siegfried Sassoon was a British war poet, a reputed writer and a heroic veteran of the First World War; a humanist par excellence and a tenacious critic of the political absurdities that influence belligerence between countries, and thereby the futility of war. Terence Davies brings the turbulent life of this remarkable man to the big screen to continue his traditional, insightful expedition into the psychology of characters that approximates him more intimately to his true self. Openly, after his autobiographical phase, Davies transfers his emotional, but also powerfully intellectual, therapy to the meticulous observation of characters who share some of his sensibilities as a human being and an artist.

The cinematic prowess that constitutes each individual act of exposing his vulnerable state in flawless pieces of art, cohere in Benediction with unparalleled elegance. Benediction does not have the novel transformative force of his absolute masterpiece of 1988, but they coexist in the same brooding melancholy. Nor does it have the formal fluidity of Long Day Closes, yet they retain the same tenets and interchangeable philosophy. Simply put, Benediction is the opus that encapsulates the harrowing inner sentiments of its director, a complex mosaic that bears countless analogies to other films in his filmography, a gathering of the best and the most significant. The patterns are consistent, temporal juxtapositions, discontinuous but emotionally linear transitions and plenty of passion above all, poetry everywhere. However, there is a singular touch that distinguishes it from the rest of Davies’ oeuvre, it sustains at the formal level, an experimental sophistication that extends from lyrical non-diegetic narration to tumultuous romanticism and excessive, albeit delightful, eloquence.

The literate script, written with exquisite lucidity by Terence Davies, approaches the intimacy of Sassoon’s verses with admirable compassion. Directly, one can sense the profuse raw honesty with which the powerful words reverberate the poet’s fierce frustration. The wise decision to structure the biographical story with the rhythmic wistfulness of poetry affords Davies fresh opportunities to imbue this tale of regret and severe mourning with such intimate language that it materializes a kind of mirage, something verging on being subliminally autobiographical.

The life of this gallant British poet is presented in its cruellest form; it should be elucidated up front that this is a film where hope is the last thing you encounter, or maybe you don’t even encounter it. And as such, the narrative from the intricate beginning, through a deliberate syntactic narrative disruption, makes it clear that unhappiness will be the most dominant of all emotions; it is tough to watch Benediction, and yet it is one of those mystifying experiences in cinema that makes you feel closer to life.

The insecurities, fears and qualities of young and adult Sassoon are personified by Jack Lowden, in an exhaustive performance, always seeking to intensify the human values of this celebrated British writer; Lowden manages to incarnate the idealisms and afflictions with a gestural prodigy that does not need a single dialogue to let his audience know how shattered Sassoon is inside. Peter Capaldi, plays the reserved, repentant and pensive old Sassoon, in a more subtle and less visceral performance, though precise for the moments of manifestation of the consequences of his indomitable existential agony. These two stages between the intellectual and romantic flowering of his youth and his sad alienation, decrepit loneliness during his old age, are interspersed in the story as elements that give forcefulness to its final thesis. However, this is not a biographically standard film; it depicts certain events that, to Davies’ erudite intuition, are more important than others, at least from the personal perspective that Terence Davies has with many of the tragic episodes in Sassoon’s life. The story contextualizes Sassoon’s psychological and emotional disturbance more than the story itself. Politics, ideological issues, and the cultural aspects related to the times the drama portrays are peripheral to Davies, replacing the melodramatic coaxing that conflicts can create in those subjects with just paying undivided attention on the ramifications the character suffers, because of the aforementioned aspects, that is priority. And the result is an unorthodox character study that gives Davies a bold new venue for self-confession through someone else’s life.

For another production, an ostensibly illiterate one, the stark horror of war that Sassoon suffered firsthand would have been the dramatic core throughout the film, but Davies is too smart to waste the life and work of a poet on just the tip of the iceberg. Benediction delves into what lies behind every word Sassoon wrote with much needed veracity. I imagine that Terence Davies must have studied with great diligence every metaphorical nuance that this poet’s verses tried to convey, because not only did he convey an incisive exposition of the brutality of war in action, but also in aftermath. Different idiosyncratic sides of Siegfried Sassoon are uncovered with imperative sensitivity, which is why the script gives tremendous, generous space for a forthright examination at Sassoon’s homosexual identity. The gay subculture during the 20’s and 30’s within the circles most frequented by intellectuals and the bourgeoisie is pictorially depicted here, where we witness the multiple affairs Sassoon had in his volatile amorous life. Right there we can learn a great deal about this character, more than in any other section of his life, because this is the middle point, that is, the pinnacle of his life after the war and his days as an established writer, and before seeing him trapped in his stagnant old age, converted to Catholicism and married to a woman.

Terence Davies captures Siegfried Sassoon in a precarious state emotionally speaking, in his sempiternal sensibility of a poet trying to comprehend a life that is ultimately engineered to make you miserable, a merciless society that sells us an idyllic and utopian life based on policies designed to alienate you from your true essence. The vicissitudes in Sassoon’s life do not find reconciliation, only tears, and we accompany each of those tears until the powerful conclusion, which in synthesis, is the convergence of two theses, that of cinema and that of Davies. Every minute of this hard-hitting journey through the intractability of life, through the years that feel like ephemeral seconds, through the impossibility of changing the facts or manipulating the past, is justified; it is the most purifying, if strongly painful, experience I have had at the movies this year. The last shot, is Davies’ legacy to cinema, a crowning moment in which he sums up with succinct poignancy everything he has worked on in his sterling career. Another Terence Davies masterpiece. 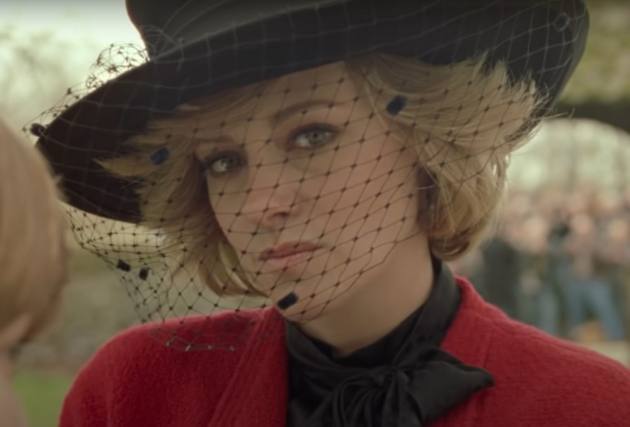 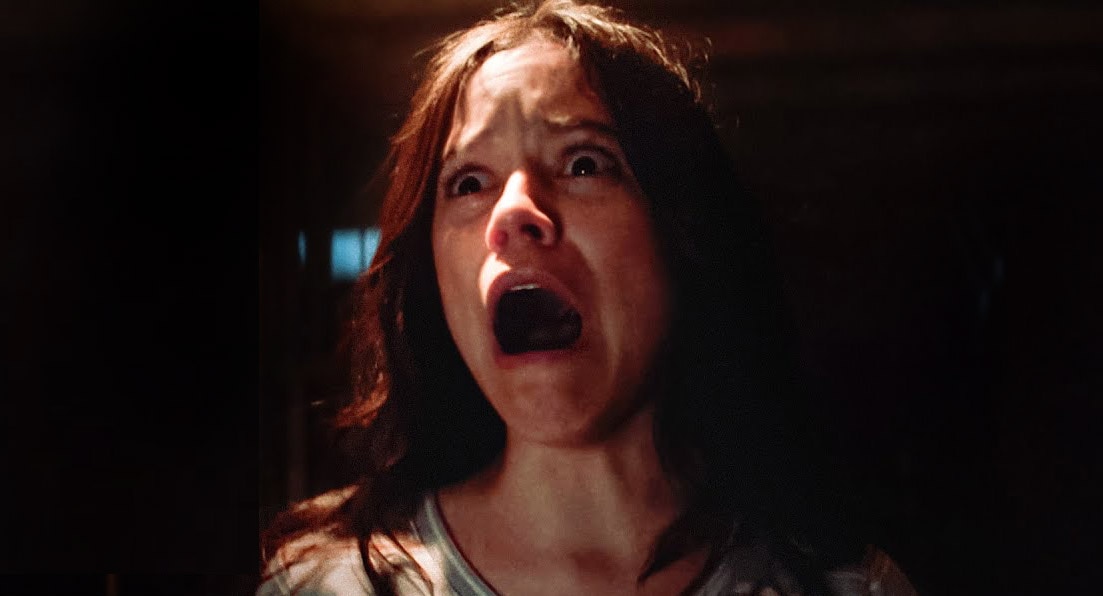