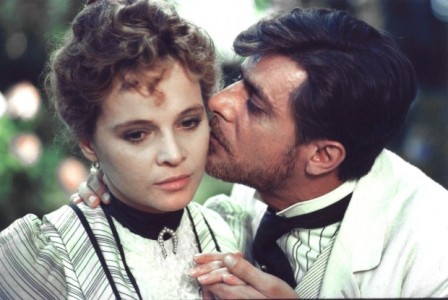 The Innocent (1976) Directed by Luchino Visconti

Luchino Visconti’s dark, dialectical and cruel last film is not exactly great but its complex symbolic layers superimposed on its lethargic narrative make it a great work of art that brings to a conclusion one of the most extraordinary cinematic careers cinema has ever seen.

The most drastic departure that could be noticed between his grandiloquent masterpieces and his last two films, Conversation Piece (1974) and this one, is that of visual energy. In this last stage of the cultivated Italian director, one can notice a sedation of that exalted pomposity exhibited in his more operatic films, he lowers and calms the revolutions and focuses on a more static and symmetrical architecture, rested and silent. By this time, after a lifetime as a heavy smoker, Visconti’s health was in progressive physical decline, which greatly influenced the director’s filmmaking methods in this final stage of his career, and eventually his life. Both Conversation Piece and The Innocent share a minimalism that contrasts with the maximalism that Visconti displayed in his other works. Paradoxically, both are still films with opulent dramatic force and the settings are still gloriously aristocratic, yet the poetics are different, much less exhibitionist and aesthetically explicit as his earlier melodramas. The extravagance of The Innocent is only in its characters and their aristocratic habitat, everything else is a bleak and brutal psychological realism in which everything becomes a philosophical and ethereal discernment, no longer an aesthetic one.

The extreme exploration of psychological detail has perpetually established itself in Visconti’s body of work as a storytelling device that works to preserve the analytical ethos of what we see, and The Innocent, in particular, solidifies my hypothesis that Visconti uses psychological realism as his most sophisticated way of generating profound reflections. In his monumental masterpiece, The Leopard, the psychology of the protagonists is so complex that he must dissect their peculiarities and intense preoccupations with absolute care, and he gently manages to penetrate those confines with that meticulous realism of which I am reiterating so much. Exactly the same thing occurs here, the protagonists are presented as omnipotent beings in a society that admires and serves them, their egos are as powerful as they are self-destructive, yet as the deceptive masks evaporate and we see their true faces, we understand their inner miseries and their hells. Discovering what the characters desire so passionately and what their fears are is the most compelling and salient element of this tragedy that thrives on unfathomable complexities.

The story takes place at the end of the 19th century. The impudent and obsessive Tullio Hermil, played by a cocky Giancarlo Giannini, is a wealthy Roman aristocrat married to Giuliana, played by Laura Antonelli. Tullio has a possessive mistress of his own socio-economic status, Teresa Raffo, played by Jennifer O’Neill, and while he lives obsessed by the sexual passion and eroticism of their affair, the carefree and selfish Tullio forgets his wife. However, Tullio’s life takes a romantic turn when it is most convenient to his uncontrollable romantic impulses, and his sexual interest in his wife is rekindled when he sees her happiness as she begins a fleeting relationship with a novelist, Filippo d’Arborio. Narratively, this synoptic composition with tragic breadth based on Gabriele d’Annunzio’s novel evokes the best of Visconti’s cinema, at least iconographically. It has every literary component that defined his career: the exaltation of tragedy, existential questions, religious and political morality, and the indefatigable debate between art and beauty.

The plot development is imposingly merciless. Little by little, almost like an inquisitive torture, we watch as the elegant characters descend into a mentally brittle state, from vigorous melodrama to lurid horror. Giancarlo Giannini’s nuanced performance is a great example of this, he embodies that psychological decline with a display of unbridled psychopathy. When the male protagonist is first introduced, we see him in a mature but attractive state, a confidence spiritually brimming with youth and limitless possibilities, and then when vicissitudes with fatal results come into the life of this despicably seductive character his face transforms into the opposite of the aforementioned, physically disturbed and mentally paranoid. The accentuated wrinkles and haggard eyes of Giancarlo Giannini playing one of the most nihilistic characters Visconti ever filmed, embodies the biting dialectic that evolves in the plot.

The Innocent completes its formidable and allusive visual field with a language intriguing in symbolism. It is a very communicative film, but communicative with gestures, distinctive physical peculiarities that occur in a cryptic mise-en-scène that associates meanings and responses. This incisive execution that translates into a polysemous staging, replete with multiple narrative interpretations, manages to confront the characters that make up this moralistic antagonism in inflammatory behaviors that emphasize the most complex philosophical questions. Intricate indeed by the cornucopia of rich symbolism contained in the literary rigor of the meticulous script, it is nonetheless an exhaustive work of cinematic semiology, in which Visconti ventures to explore all the possibilities that a deep staging can bestow on the nature of the drama. There is a considerable amount of religious iconography juxtaposed with the sordidness and frivolity that conceal the glitzy aristocratic mansions. Much of the dialectical essence has a genesis right there in the radical contrasts and antithetical clashes.

The manipulative Tullio begins to desire his wife sexually only when she is in an extramarital affair. Tullio’s hypocrisy is that, similarly, he is openly unfaithful. But the paradox that makes the dialectic evolve is not the one mentioned above, but the diametrically opposed personalities of these characters. Tullio is vile, Giuliana is compassionate. Tullio is a persistently cruel and self-centered man, Giuliana is a woman of modest delicacy and fragile psychology. Tullio is an atheist and Giuliana a Catholic. Each of these counterpoints assemble the dialectical puzzle that Visconti scrupulously articulates in order to reveal in depth the true nature of those characters we once thought to be utopian and upright.

The real power of this 1976 film, the year in which the world sadly had to say goodbye to one of the greats, lies in the rapacious ambitions of the protagonist, and how they condemn him to a nihilistic abyss, where the only escape is death. Giuliana’s Catholic principles help her cope with the lethal immorality of her infamous husband, whose only ethical philosophy is to fulfill his vain, fetishistic and possessive satisfactions. Giannini and Antonelli’s superb performances are deciphered in the long silences and glances that transfix their souls, both competently capturing the rigorous visual language of the master Visconti with complete understanding and consequently, we the audience witnessing the barbarities of these characters absorb this story of perfidy and sexual objectification as a specifically optical reading, the language of cinema.

The Innocent is inclined to be Luchino Visconti’s most physical film, where material aspects, such as doors and windows, frames and colors, take enormous preeminence over narrative structure. Pasqualino De Santis’s sober cinematography gives firmness and idiosyncratic value to the form that Visconti idealizes, in a design that is anomalously static for someone as visually dynamic as Visconti. Yet it is an abnormality that represents an elemental function, a notable example of this, is Visconti’s compulsive fixation with doors and windows, also mirrors, in this film. They are everyday instruments that for some are of simple ornamental utility, for others an infallible narrative mechanism. My hypothesis is concise and it goes like this, the haunting focus on symmetrically framing open doors in stationary shots arises from the quotidian meaning that something as simple as a door can give. Doors are an inherent part of the architectural design of any structure, without them we neither enter nor leave, we find them in temples, houses, apartments, palaces, churches, etcetera, even in common objects such as a car. It is a participant in our daily life that basically we could never avoid. I believe that the relationship exerted by the tenacious prominence given to it in the hierarchical space of the compositions has a lot to do with the reiterative routine of the characters in the story. They come and go, and nothing changes in their vain noble lives.

This cyclical suggestion in their lives connects strongly with the final tragedy; specifically because of the immutability that is their empty and blasé lives. Probably the choice of an austere and serene cinematographic system has nothing to do with the presumption that the filmic rhythm is affected by an old and weak Visconti; there may be something right in that, but Visconti’s skillful judgment affirms something else altogether, and that is that this inflexible cinematographic design was the only, and perhaps necessary, procedure to give direction to this drama. The Innocent does more than make a deterministic drama, it testifies a filmmaker’s passion for exploring the limitless capacity of the medium.

The Innocent leaves a bitter taste, it is hard and cold. The decadence of the aristocracy seen through the lens of a Marxist aristocrat, where personal and filmographic references are no coincidence. This is the film of a mature filmmaker taking as many risks as if it were the last time he would direct a film; the boldness proved to be as valid as it was prescient. Visconti left the world the same year this film was released, but on celluloid he is eternal. 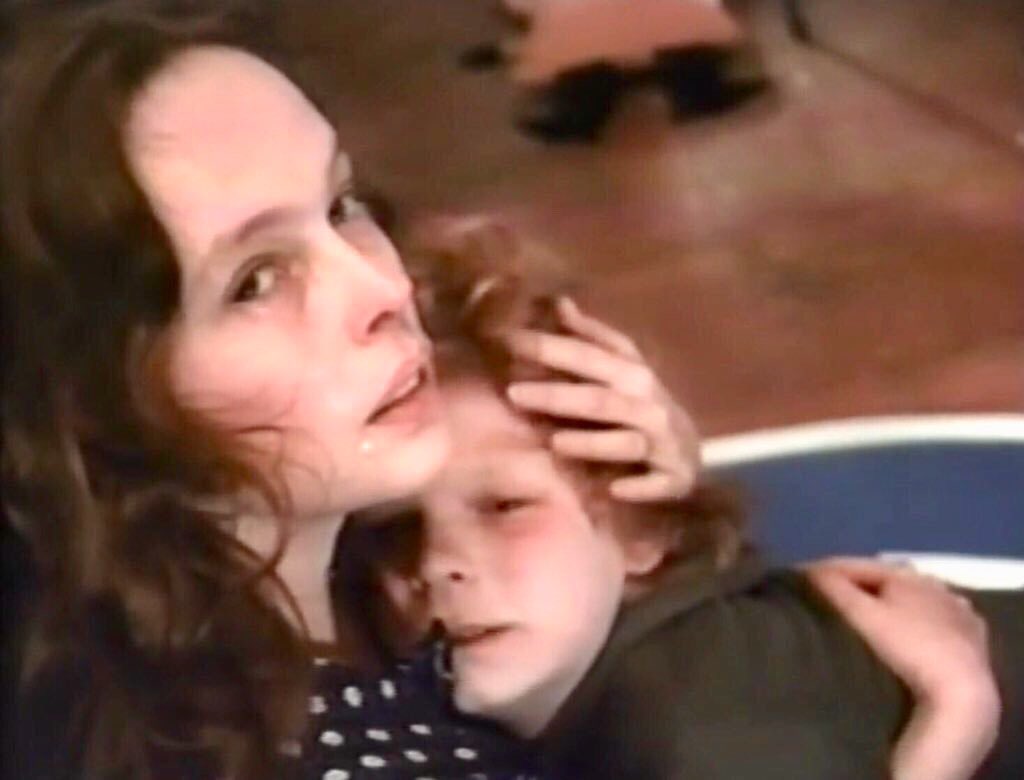 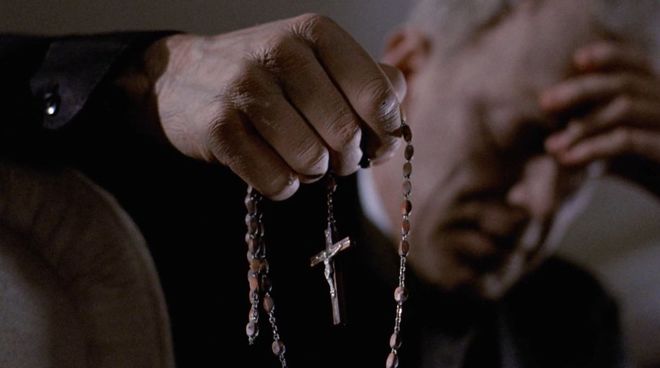 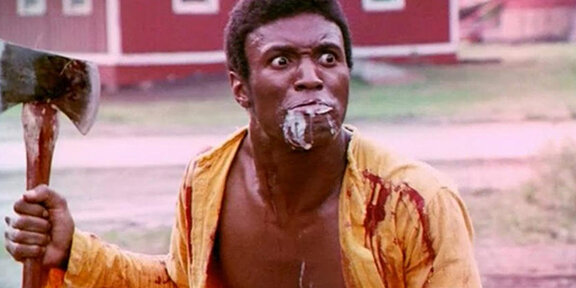 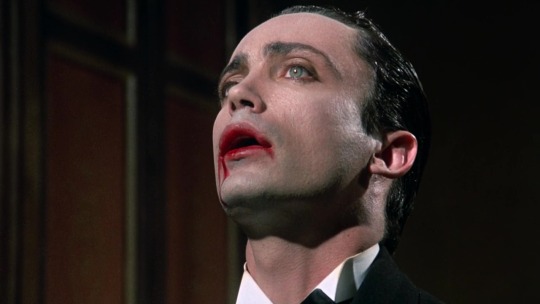