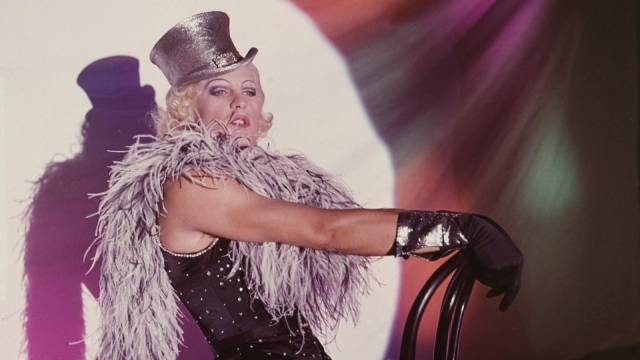 The Damned (1969) Directed by Luchino Visconti

This is the closest Luchino Visconti ever came to making an exploitation film. Luchino Visconti’s excessive and controversial film, The Damned, is his first, and only, foray into the territory of graphic violence and the grotesquely sexual. So unsubtle and so insatiably explicit in its horrific vision of the corruption of man that it further amplifies speculation about Visconti’s interestingly polemical personality.

As a work of cinema it is a dense concentration of irredeemable and nefarious characters that make the descriptive and articulate biblical passages of the infamous Sodom and Gomorrah look like a not at all debauched place. But as a work by someone as enlightened and sinuous as Luchino Visconti I consider it to be more than simply vice and human decadence. The Damned’s thematic explicitness suggests it is Visconti’s least complex film; it approaches scabrous subject matter with a predictable and bitingly critical, scathing but elemental system. However, there is one crucial piece that usually goes unnoticed when one plunges into the hellish decadence of The Damned, and that is that philosophically, deep within the elusive obscurities, beyond the confines of the obvious on the sordid surface, there is more than a sharp anti-fascist or anti-totalitarian manifesto, there is a thorough, and scrupulous, study of the most dangerous human frailties.

Many expert intellectuals have arduously studied the nature of evil in insightful political and sociological dissections on the most vile dictators of the 20th century, thus reaching as a result of their scholarly efforts a frightening conclusion, one that causes me much discomfort even though I finally end up accepting it as a verity, an objective truth which usually many of us ignore or deny out of simplistic humanism, or intrinsic conservative goodness. The inference is basically one that we all know very well but want to hide it in the depths of reason, and that is that every human being on this planet earth shares enormous similarities with these despicable despot leaders who almost lead us to catastrophe because of their recalcitrant defenses of their poisonous ideologies. Dictators have the innate talent to move the masses, they cajole and brainwash us skillfully no matter how high your capacity for discernment is. To begin with, it is the people who bring these tyrants to absolute power, and secondly it is the sophisticated demagogy that makes you believe in them. Notwithstanding, there is a curious psychological point here, as expected, these rapacious leaders are extremely empathetic with society, hence the people bet on them for that same empathetic interchangeability. In a more pithy way, one could say that these dictatorial figures are a reflection of our society and how being all part of the same species, nationality aside, we are all guilty of the atrocious results of allowing these autocrats to reach a governmental mandate.

This small informative analysis, I believe, can better assist us and make the analytical interpretation of the themes, allusions and provocations contained in this 1969 film more comprehensive. The Damned is the beginning of Visconti’s so-called “German trilogy”, which leaves aside the sociopolitical examinations of the melodramas about the Risorgimento period and goes into something more continental than national. The same favorite Visconti theme, the decadence of the upper classes, but this time, seen from European perspectives. Now, taking the previous two paragraphs together with this one, just now, it is more understandable to see the more subtle, more diffuse and provocative goals that Visconti has up his sleeves. The film is not an attack on fascism, at least it is not from the literal plane, it is more a severe critique of the ignominious proclivities of human beings when in a position of intoxicating power. Visconti has no faith in his characters, but much less faith in human beings. Although it sounds terribly pessimistic, I believe that in itself, it is a very sobering message about the human experience that we should take into account and meditate on as many times as necessary, in order to understand our nature, the dark and the light.

Starting from a dichotomy, such as the specific plot, The Damned opens the doors to the intimacy of a lavish aristocratic mansion in 1930’s Germany during the rise of the Nazis to power, where we meet glamorous characters on the outside but repulsive on the inside. The powerful Essenbeck family is celebrating the birthday of the patriarch, who embodies Germany’s generational past, a conservative aristocrat who sees the National Socialists as dirty, power-hungry rebels. However, contrary to their old-fashioned values, the Essenbeck family must establish a coalition with the Nazis for the purposes of their industrialist empire, and for the latter to survive. What Joachim von Essenbeck, the head of the family, played by Albrecht Schoenhals, does not know is that his incorrigible descendants are nothing more than perfidious felons, birds of prey who are willing to kill themselves in order to keep their wealthy inheritance. Betrayal is not long in coming, and the patriarch of the Essenbeck family is gruesomely murdered in his bed, and as a consequence of this deliberate tragedy, a deadly game begins where every member of this decadent family will face each other for power.

The essential foundations of the plot are grounded in a dialectic that coexists with many of the other films in Visconti’s oeuvre. That dialectic is expressed in the symbolic dualities in the narrative; mainly in the comparisons and contrasts. Visconti, from his empirical knowledge of the idiosyncrasies of the upper classes, has constantly made evident his fascination with the crumbling of an old class being replaced by a new bourgeoisie. In this case, we have the Essenbeck family, who represent the aristocracy and the monarchical system, and the Nazis and the totalitarian regime represent the new power replacing the old regime. Ironically, though, Visconti’s pompous direction highlights something extremely disturbing: apart from the decline of the aristocratic family, the new Nazi power structures are shown straightforwardly in a rapid state of human degeneration.

The members of the Essenbeck family are made up of a miscellaneous plethora of bizarre personalities. Miscellaneous for one basic reason, each one has distinct paraphilias and conflicting unhealthy passions, although when it comes to ambitions they all, indiscriminately, embrace the same greedy fervor. In the narrative framework there is a hierarchy of characters, some more prominent on screen, others more ephemeral and some perennial, as is the case of Martin von Essenbeck, played by an exaggeratedly formidable Helmut Berger, one of the most twisted and complex members of the Essenbeck family, he is young, ambiguous, malevolent and narcissistic.

From the outset, the rambunctious writing throws a reckless amount of characters into the story without molding a hierarchy-controlling character architecture, all are protagonists, there are no secondary characters, but as the plot unfolds, the film focuses intensely on Martin, henceforth granting him the status of absolute protagonist and the other secondary characters. Thus, with these dramatic units, The Damned condenses its thesis even further, for the infamous Martin, is unequivocally the most depraved of all the characters in this story. Visconti’s formal refinement takes great advantage of this, especially as he elevates the melodramatic functions with this character’s perverse dynamic. Visconti’s primary concern in The Damned is to aggressively, fearlessly showcase the obscene and criminal vices of this family, and clearly the choice to centralize the narrative on Martin’s evil rampage makes it all the more compelling and inevitably haunting.

An excellent Dirk Bogarde plays the Machiavellian Friedrich Bruckmann, an irritable man brimming with malice who has a surreptitious relationship with Martin’s mother, played by Ingrid Thulin. What is most perplexing and lethal about this family war, is that ultimately betrayal reigns over them and subsequently dooms them forever. The Damned is an epic in which you do not find paradise but only hell, hell on earth of course, and the stylized construction of this aristocratic Nazi inferno materializes the uncomfortable perversities committed by the characters as if it were a sensationalist soap opera. Undeniably, this is a 100% Visconti film; playful in its melodrama, extravagant in its settings, histrionic in its audiovisual design and turgid in its cinematic language. And these qualities, I think, make for a fascinating puzzle, precisely because of the broad interpretation that can be given to its dynamics.

Visually grandiloquent as you might expect, the filmmakers of The Damned make this story actively scary but simultaneously poetic. There is no poetry without rhythm, and this laudable film contains a cinematic design that seems purposefully messily molded. How can messiness have rhythm? Well then, in layman’s terms, let’s just say it composes an intriguing rhyme between the visual chaos and the cataclysmic life of this dysfunctional family. Both expressionistic and realistic, Visconti chooses to make his horror melodrama operate with convoluted reaction shots, ranging from extreme close-ups to blunt medium shots executed with scruffy zooms.

This elaboration of shots, not always ideal, at times feels like a slapdash film in its practice but it still serves a psychological function and boy does it affect our senses as an audience witnessing the end of a villainous family. Yet, nothing appealed to me more in effectiveness than the inquisitive camera panning and tracking shots that traverse the beauty of the surroundings intermingled with the abhorrent events in the plot. Some of the most proficient deep staging ever seen in the history of cinema is found here, and it has aged exceptionally well. These filmic elements serve a purpose, a very Visconti-esque one, and that is to imbue the story with ardor and melodramatic exaggeration, to make the sleaze vivid and to evoke a sense of paranoia and neuroticism within the suffocating walls of that massive Essenbeck mansion.

The vicious display of infamy in The Damned is not for everyone, some will criticize it for being gross, boring and cyclical. By intuition alone one can understand why someone would not want to see a film where there is a high content of deviant sexuality, including pedophilia, incest, rape and outright hedonism, however, the profusion of critical ideas remains intellectually powerful whether you tolerate this journey or not. To deny The Damned as an essential film in Visconti’s legendary oeuvre is impossible, this is one of the most solid films about the dark side of being human, when indulgence becomes treacherous and power a corrosive drug. Pure terror. 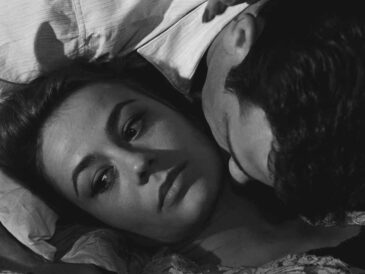 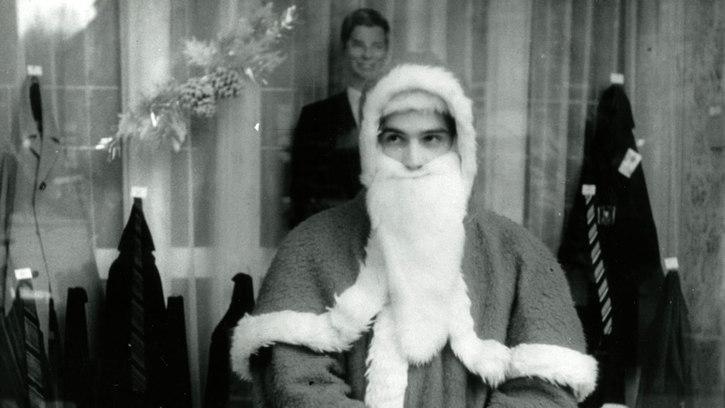 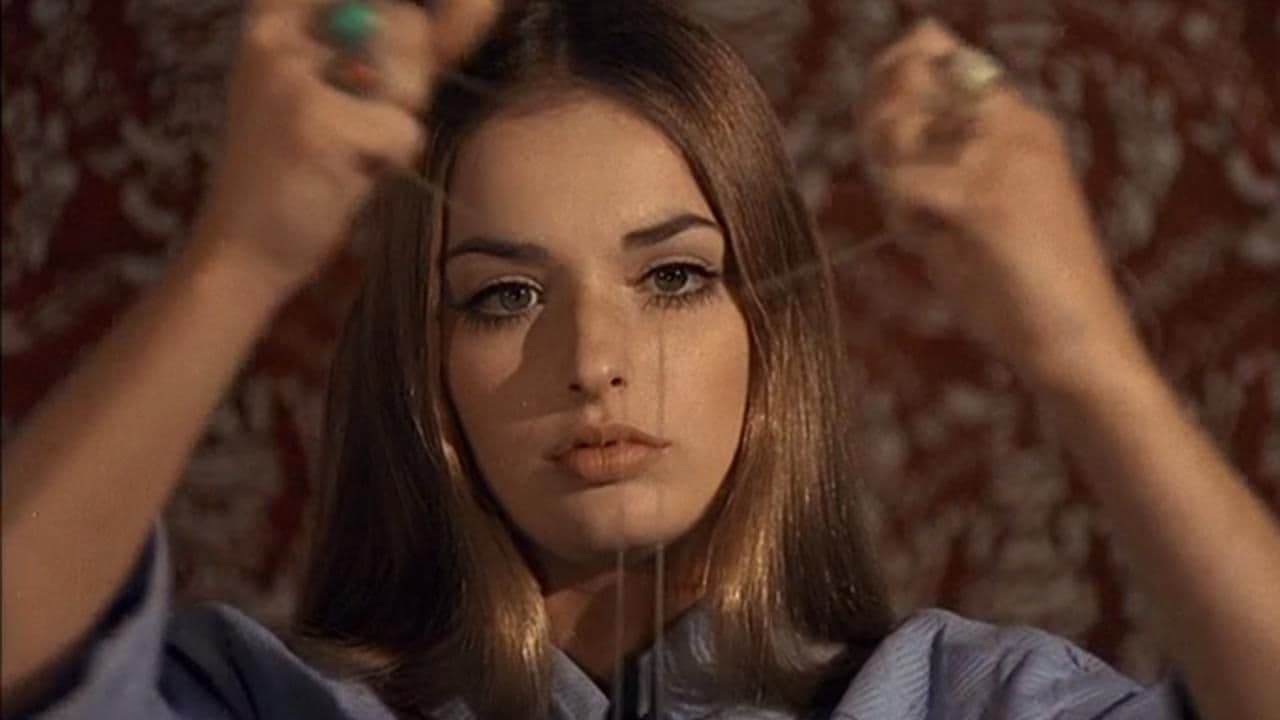