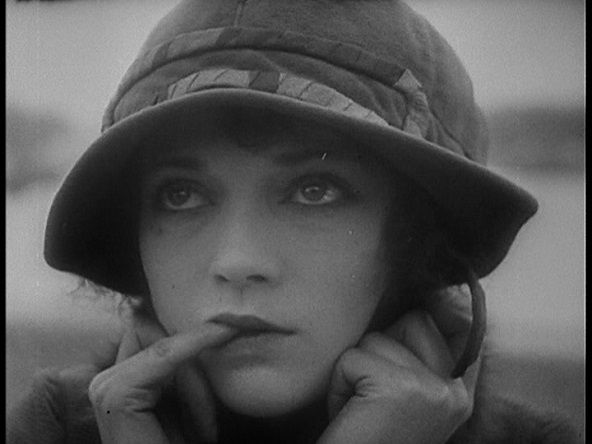 This impressionistic and spasmodic avant-garde film by the unsung genius and leading exponent of French impressionism Dimitri Kirsanoff, is pure cinema at its most voracious display of instinctive emotions. Ménilmontant achieves in its short but ambitious 37 minutes an unprecedented multiform interaction that deserves to be recognized as a milestone of experimental cinema; it is nourished not only by a convulsive formalism but also by a sensuous poetic naturalism. The cerebral structure breathes an abstract philosophy in the material, hence the arcane of its mannerisms are abstruse, yet under an exclusively sensorial and emotional reading, the ethereal of its melancholic wonder becomes immediately legible with a genuinely universal language. To specify the thematic lyricism of each frame of this plot would be to fall into a terrible redundancy, for I consider this singular film to belong to those indescribable experiences that must be seen to be believed. Defining French impressionism in cinema is just as ambiguous and complex as defining film noir, either as a style or as a varied ethos punctually directed to a certain period in particular. Nevertheless, this 1926 film could make that laborious theoretical task easier and more accessible, Dimitri Kirsanoff captures a whole essence, a whole daring movement of filmmakers adventurous to change the cinematographic idiolect. Based on these characteristics, we could interpret French impressionism in the cinematographic environment as a deconstruction of cinema, but a formal experimentation more adhered to externalize through the cinematic device the lyric of feelings.

The beginning of this elegiac journey through the deepest emotions opens the doors, with unbridled formalism, to what appears to be a brutal murder. The barbaric act happens in a span of seconds, as we see two young girls left desolate and orphaned after the murder of their parents, with no choice but to run away to find work in a fast-paced and prosperous city. Both sisters become involved in a love triangle, a love affair that will end up separating them and taking different paths in life. Narratively, it has all the conditions to be a maudlin melodrama, however it is far from it, let’s say that in its literalness it is a melodrama but in its nature it is not. Experimental priorities are perennially summoned to make a rampant display of human sensibilities. The mesmerizing Nadia Sibirskaïa, wife of Dimitri Kirsanoff, is the soul of the film, or rather she is the face that immortalizes Ménilmontant as an extraordinary masterpiece, she plays one of the protagonist sisters in this heartbreaking story. Her face seems specially conceived for the cameras, for the ontology of the photographic image and for the specification of a universal language. It is simply impossible not to feel a profound sorrow for this character as we watch her vulnerable feminine face deteriorate as the precariousness of her situation worsens. Sometimes the irrepressible enthusiasm of a rhythmic flaunting of a multifaceted formal execution can err on the side of being obtusely intellectual, yet here nothing of the sort happens; it is an act of dynamism and cinematographic technicality at the service of the emotions and their raw honesty.

Part constructivist, part city symphony, part drama, and so on. Ménilmontant is almost everything that made the silent cinema of the 1920’s so influential and memorable, it is as if it narrates the myths of cinema at the same pace of modern life. A perfect paradigm of the cinematic artistry of silent cinema, a tour-de-force of juxtapositions of temporal transitions that recite a gloomy story like a tragic poem. Ménilmontant is a cinema enigma that I never tire of rediscovering.