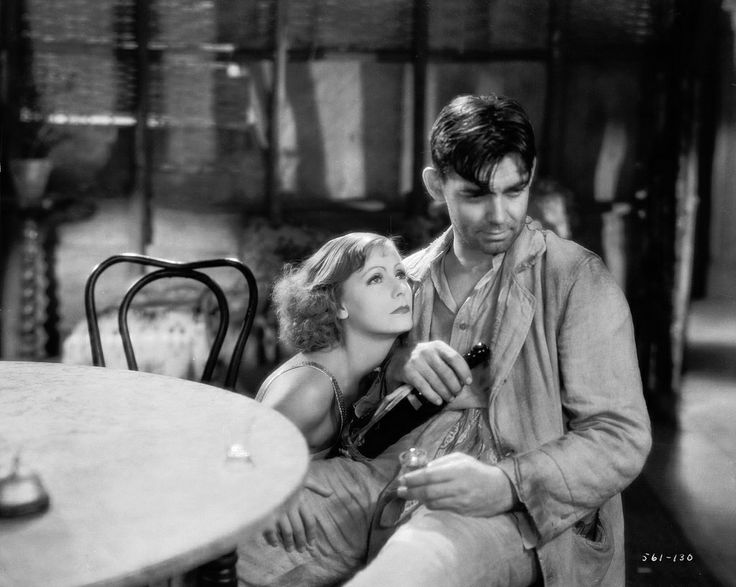 It begins with the formal textures of masterpiece material, then transitions into an implausible but charmingly romantic romp with the standard 1930’s comedy norms, and then jumps recklessly into an unbalanced, languid melodrama that abuses old-fashioned Hollywood filmmaking formulas. What is most surprisingly uncomfortable about this pre-code production is the shaky, uneven structure that attempts to globalize an incompatible and outrageous narrative through a plurality of temperamental genres interacting precariously without premeditated dramatic meticulousness. Susan Lenox offers everything one expects in a melodrama from Hollywood’s most libertine era, and freshly the vital, however ephemeral, detail of relying on the heterodox prurient mores of that era gives it a certain level of stylized subversiveness that can be magnetically entertaining, salty and riotous. This flawed production, directed by Robert Z. Leonard, capitalizes on having no less than two of the golden era’s most legendary acting stars, a lustrous, young and gleaming Clark Gable and a kindhearted and delicate Greta Garbo. Both gracious, glamorous faces, referential to the iconic handsomeness of American classicism, deliver endearing performances, playing a woman and a man who connect as if destiny had charmed them, but not to live with the relish of a perfect romance, but to suffer and mourn the passionate desire that fragments them due to stubborn male pride and the impossibility of consummating the romantic idealism that lives trampled by insensitive materialism.

To simplify the explanation of its erroneously mixed narrative, I would say that if we categorize the structure it would go something like this: Part domestic horror drama, part romantic comedy, and part sensationalist melodrama. The opening act, undoubtedly the best, is a psychological approach to domestic abuse that will give effect to the upcoming events of the plot, it is creatively filmed with atmospheric shadow design and visual storytelling profound in expressionistic horror, it has a bizarre form of storytelling that seems to be a kind of fairy tale for adults. The next act, as spare as it is, has the effervescent energy of its two stars doing what they do best, eroticism, bold suggestive gestures, and a romantic cinematic indulgence that is voluptuously displayed with the sculptural beauty of framing that seeks only the most sophisticated angles that highlight ideal profiles and sculptural poses. Everything else that follows takes oxygen away from the plot, causing the pace to freeze and lose the sense of entertainment that the previous acts had, not even the fierce intensity of the battle of the sexes in a socially antiquated perspective manages to save the aesthetic vitality of the artificial romanticism. There are unconfirmed rumors that both Garbo and Gable did not have the best of professional relationships during filming, but if anything the talented robustness of the two confirms, it is that those personal differences did not in the least affect the sympathetic essence and the immediately infectious emotions shared by the two characters.

The story begins when Helga, later renamed Susan Lenox, the young orphan girl played by Greta Garbo, runs away during a stormy night from the house of her coarse uncle, obsessed with the idea of marrying her as soon as possible to the loathsome Mondstrum, Alan Hale, and finds refuge at the side of Rodney (Clark Gable). They fall in love, sleep together and plan to get married, but the whim of destiny keeps one from the other.

Regardless of how flamboyant the poetic interplay of the characters is, or how interestingly controversial the explicitness of sexuality in the divergent perspectives of the characters, the film is hobbled by its lack of determination to homogeneously unify these sociological characteristics in the romantically polemical environment of pre-code cinema. Fantastic performances of two luxurious actors of the American star system, bittersweetly photographed by visionary cinematographer William H. Daniels, and yet even with all these talents, the writing and overall result leaves you with an obtuse contrariness.